Certificates will be printed directly from these lists.  If a name is misspelled here,https://www.ncfastpitch.org/wp-content/uploads/post_season_awards/2022-all-district-players-rev7.pdf it will be misspelled on your certificate.  Please send spelling corrections as soon as possible to webmaster@ncfastpitch.org.

Certificates will be in the hands of your coach by August 1.  He/she will distribute them by the first week of school.  If you have graduated or moved, please contact your coach to make arrangements for obtaining your certificate.

The Association recognizes outstanding achievement among the athletes of our sport.  Each year our member coaches are given the opportunity to nominate players for All-District and All-State awards.  If you are not a current member, you may join the association and submit your nominees.

These awards originate locally as selection committees across the state use their knowledge of area players and teams to finalize selections based on specific information submitted by the players’ coaches.  Coach participation is vital to this process.  The number of participants in high school softball in North Carolina number in the thousands each year.  If the coach does not participate, adequate recognition of worthy players becomes an impossible task.

The selection committees consist of Association members from all four classifications who demonstrate superior knowledge of the game and its participants.

Click here for information that is required when nominating a player.

District Selection Committees:  District post-season awards selection committees are established in early April by each of our eight District Chairpersons.  Their committees are composed of representative coaches from each classification.

Nomination Application:  A standard online application for all-district/state nominations is made available in the MEMBERS’ AREA of this website with instructions no later than two weeks prior to the last day of the season as established by NCHSAA.

Nomination submission deadline:  Nominations for all-district/all-state must be received by “seeding day”. This day, which immediately follows the final day of the high school season, is established for official reporting of season results to NCHSAA for the purpose of state playoff seeding.

Immediately following the state playoffs:  All-District selections are finalized by each individual district.  Nominees being considered for All-State are then forwarded to the All-State selection committee with recommendations from the districts.  District information must be turned as soon as possible following State Finals weekend.  A listing will be assembled by the Association and released to the public during the month of June.

Certificates:  Certificates must be printed in time to be distributed to coaches through their District Chairperson at NCSCA’s annual membership meeting which takes place during the week of NCCA/NCHSAA’s statewide high school coaches clinic and rules meeting in Greensboro, NC. 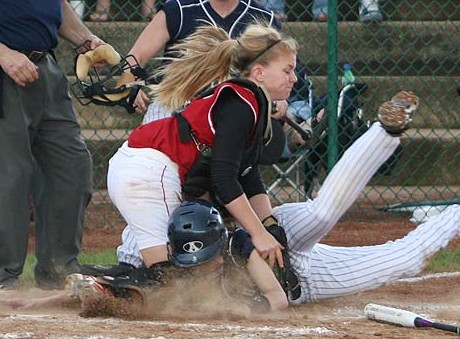